Thank you for submitting your details!

Our representative will get in touch with you soon.

Recently, the Government relaxed regulations requiring companies like Apple to import 30 per cent of their products locally. This was an obligation the iPhone producer had pushed for years.

Apple is believed to be the major beneficiary of regulating its branding and retailing offline and online. It sells its products through franchisee stores and online retailers like Amazon and Flipkart. Apple might gain more customer loyalty and level the field against Chinese brands like Xiaomi and OnePlus, which have gained much attention through aggressive online selling strategies.

India's Smartphone Market Scenario in 2022 and Beyond

The Chinese smartphone brands Realme, Vivo, Oppo, and Xiaomi have a large market share in India. According to IDC's Quarterly Mobile Phone Tracker, these four brands account for 69% of the market, with Xiaomi leading in both share and volume at 27%.

Among the non-Chinese smartphone brands, Samsung has a 20% share, while the US smartphone giant Apple has close to 3%. A long way to go for Tim Cook's company in India!

Apple Inc. is poised to begin selling its products online in India. The company benefits from the new rules that will make India's fastest-growing smartphone market more appealing to foreign companies. The news came out recently when India lifted rules that required companies like Apple to import 30 per cent of their products locally. A requirement that the iPhone producer has been fighting for many years -- to include exports as a part of the rule.

This rule challenged electronics manufacturers because most of their devices and components are produced in China. The Government also allowed one-brand retail stores to open online stores prior to physical shops.

Although the news of the Indian Government banning Chinese smartphones under Rs 12,000 surfaced a lot, Apple might not have much to enjoy.

The Indian Government has no plans to ban Chinese smartphones in the country, regardless of their cost. The union minister of information technology clarified that though Indian companies play an important role, it doesn't mean foreign firms should be put out of the picture.

Apple is the Biggest Beneficiary

In light of the growing tensions in trade that are damaging relations with the U.S. and China, new investment rules could be a boon for Apple. It may allow it to increase sales in India and perhaps help reduce its dependence on China by establishing another supply chain within India.

Selling online is an enormous step forward for Apple in a nation where counterfeit goods exist online marketplaces, increasing consumers' fear. It is expected that Apple will start selling its iPhones, iPads, and Mac computers online in the next few months. It is also working on the Mumbai store, its first retail store in India, which is expected to be open by the end of next year.

Apple has a small share of India's lucrative smartphone market, as its steep prices and massive import tariffs can be as high as 20% of its products out of the affordable range of most Indians. The popularity of the famous iPhones fell drastically in the year 2018 and at the beginning of 2019, causing the maker of the iPhone to offer massive discounts even on its most recent models.

Apple continues to concentrate on those who want the best phone in India. Even though Apple's iPhone manufacturer's market share in India is less than other competitors, Apple sees huge opportunities in India. This means in the upcoming times; Apple will focus on creating more affordable iPhones for the Indian market.

iPhone Proposed to be Made in India: Will the Prices Dip?

Apple's Indian assembly line is unlikely to significantly lower the cost of its products because Apple pays high import duty rates on components it sources from abroad.

In addition to import duty, GST, and other fees (which total 18 percent), Apple's profit margin applies. So the iPhone 14 cost is unfortunately expected to be on the higher side.

The key to success in India is making products at an attractive price range, which Apple has already started doing. The iPhone maker could also introduce cheaper models like iPhone SE3 in the future to increase its market share.

Disclaimer: ICICI Securities Ltd. (I-Sec). Registered office of I-Sec is at ICICI Securities Ltd. - ICICI Venture House, Appasaheb Marathe Marg, Prabhadevi, Mumbai - 400 025, India, Tel No : 022 - 6807 7100. I-Sec is a Member of National Stock Exchange of India Ltd (Member Code :07730), BSE Ltd (Member Code :103) and Member of Multi Commodity Exchange of India Ltd. (Member Code: 56250) and having SEBI registration no. INZ000183631. Name of the Compliance officer (broking): Ms. Mamta Shetty, Contact number: 022-40701022, E-mail address: complianceofficer@icicisecurities.com. Investments in securities markets are subject to market risks, read all the related documents carefully before investing. The contents herein above shall not be considered as an invitation or persuasion to trade or invest.  I-Sec and affiliates accept no liabilities for any loss or damage of any kind arising out of any actions taken in reliance thereon. The securities quoted are exemplary and are not recommendatory. The contents herein above are solely for informational purpose and may not be used or considered as an offer document or solicitation of offer to buy or sell or subscribe for securities or other financial instruments or any other product. Investors should consult their financial advisers whether the product is suitable for them before taking any decision. The contents herein mentioned are solely for informational and educational purpose. 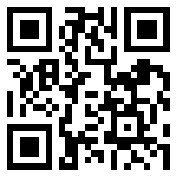 Thank you for submitting your details!

Our representative will get in touch with you soon.