Cyclical stocks belong to those sectors that have a direct relationship with economic growth. They follow the economy's footsteps, closely tracing the economy as it cycles through the phases of expansion, peak, recession, and recovery. These sectors typically see a multiplier effect in the demand and services during the expansion phase of the economy.

The industries like automobile, luxury goods, Hospitality and travel do not directly link with economic growth but economic growth has an indirect impact on their business. The effect is usually because of the higher disposable income in the hands of people and they tend to spend it on these discretionary items. These are also called cyclical industries.

Now before we look at why and when one should invest in cyclical stocks, let’s get into the details of how the economic cycle impacts cyclical businesses.

As we discussed previously, economic expansion leads to increased demand for goods and services requiring discretionary spending.  To meet the demand, these companies increased production by purchasing new equipment, buying extra machines, taking additional warehouses on a lease, and investing in other utilities required to cater to this increasing demand. This then translates to more revenue and higher profit margins for such companies which may reflected in the rise of their corresponding stock price as the demand for such goods and services increases in leaps and bounds as the economy expands.

Then, when the inevitable peak has been crossed and the economy starts slipping into a recession, the demand for such goods takes a hit. This reduction in the demand is a result of people cutting down on economic activities and discretionary spending, which consequently impacts the profit margins of companies producing these goods and as a result, their respective stock price goes down.

When the economy's recessionary phase starts to subside and the next expansionary phase is about to begin, cyclical stocks start looking cheaper. This is a good time to start investing in cyclical, as these stocks hold the potential to yield huge returns if you buy them when the economy is about to expand and sell them off right before the beginning of a recession.

You ride the wave of increasing stock prices and liquidate just before this wave crashes.

Let’s now go through the advantages of investing in cyclical stocks.

The stock prices of cyclical stocks are impacted heavily due to economic cycles. These stocks hold the potential to give you returns that outperform the market when the economy is in its expansionary phase.

And as we just discussed, when the economic cycle is at the bottom, cyclical stocks are mostly available at a very reasonable valuation. So buying such stocks at the bottom of the cycle, right before the economy starts booming and selling them off right before another economic slowdown begins, holds the potential to yield good profits.

Then, how should you go about identifying cyclical stocks?

The golden rule is to choose those industries which are poised for a revival after an economic slowdown. We also know that industries reliant on discretionary spendings, like luxury retail, airlines, automobiles and other industries are often cyclical. Within this, it is better to select industries in accordance with your risk appetite. Large-cap companies are usually the safest and small-cap companies can be particularly volatile, due to which they hold the potential to yield higher returns.

Presumably, one of the best times for cyclical stocks to witness a boost would be when the government is planning on investing large amounts of capital. Let’s understand this through an example.

In 2003, the Indian government decided to undertake the Golden Quadrilateral Project, which aimed at connecting the most industrious cities in India, Delhi, Kolkata, Mumbai and Chennai through a huge network of highways, forming the shape of a quadrilateral. It must be obvious that the resources required for this undertaking would be humongous. The subsequent demand for construction material and related services, capital goods, etc.  to construct such a substantial project ended up boosting the stock price of BHEL, L&T, Tata Power, Crompton Greaves so much that they became multi-baggers during the period of 2003-2011. But after 2011, the price of these stocks subsided and they became laggards.

It is clear from this example that investors would have made solid returns if they bought such stocks at the bottom of the cycle and liquidated right before they became laggards.

Let’s now deal with the disadvantages which cyclical stocks come with.

It isn’t easy to anticipate which event can either kickstart a bull-run or result in an immediate turnaround from a bull-run into a recession. The volatility which comes with cyclical stocks holds the potential to give exponential returns in a boom and exponential losses when recession hits.

The main concern with investing in cyclical stocks is market timing, and cyclical stocks do not fit into the picture of ‘buy it and forget it’ stocks. As we now know that if you wish to clock in good profits, you have to buy at the bottom of a cycle, right when the economy is about to expand and liquidate after the peak has been crossed, right before the slump begins.

The volatility associated with cyclical stocks is a double-edged sword. You can earn handsome profits or incur debilitating losses due to this volatility. Timing your entry and exit is the key to avoiding losses and it’s difficult to get the timing right, but it is paramount to get the direction of the rally right so as to maximize your profits while minimizing losses, if any.

As it isn’t wise to put all your eggs in one basket, diversifying your portfolio to consist of both cyclical stocks and defensive stocks, which are relatively stable and not as heavily impacted due to economic cycles, is always a good idea. Sectors like FMCG, Healthcare, etc. are not dependent on the economy and considered as defensive stocks.

To conclude, let’s summarize everything we discussed:

ICICI Securities Ltd. ( I-Sec). Registered office of I-Sec is at ICICI Securities Ltd. - ICICI Centre, H. T. Parekh Marg, Churchgate, Mumbai - 400020, India, Tel No : 022 - 2288 2460, 022 - 2288 2470. The contents herein above shall not be considered as an invitation or persuasion to trade or invest.  I-Sec and affiliates accept no liabilities for any loss or damage of any kind arising out of any actions taken in reliance thereon. The contents herein above are solely for informational purpose and may not be used or considered as an offer document or solicitation of offer to buy or sell or subscribe for securities or other financial instruments or any other product. Investments in securities market are subject to market risks, read all the related documents carefully before investing. The contents herein mentioned are solely for informational and educational purpose.

Benefits of Forex and Currency Trading

The foreign exchange market is really big in terms of liquidity, accessibility and nature. It is possible to purchase and sell any currency over the counter.

Role of Commodity Market In India

Commodity markets have been around for several years now. However, it was only in 2003 that the regulators permitted exchange-traded mechanism.

Things To Keep In Mind While Trading In Agri Commodity Futures

The foreign exchange market, also known as the forex market, is a global marketplace for trading in currencies.

Beginning your intraday trading journey can be difficult without the right guidance. While every individual must conduct his own research and devise a unique trading strategy, here are some handy tips for beginners.

9 easy ways to save more and spend less

Whether you're finding it challenging to keep up with your monthly expenses, saving for a large purchase or waiting to take a much-needed family vacation sometime in the future, you need to start saving now to achieve your goals. Click here to read how these simple tips can help you spend less on things you don't need and SAVE more to strengthen your financial health.

8 inside secrets to getting rich that you don't know

What does it mean to be rich? Some rich folks would say it all boils down to hard work and success, but playing smart with money is a tip they may not divulge. Click here to read on the eight inside secrets to getting rich and staying that way.

Most home buyers are unable to purchase a house outright due to the price tag attached to it. A home loan comes in handy to help you pay off over time. If you’re looking to increase your chances of home loan approval, let’s look at these six critical financial steps.

5 tips for investing in IPO

An IPO, or Initial Public Offering, is an offer through which a private company sells a portion of its shares to the public for the first time on the stock exchange.

5 Sectors that are Likely to Sweep the Market in 2021

Investors keep a close watch on sectors that make big news. To choose suitable securities to invest in, you need to understand the market movements and learn about their impact on specific sectors. 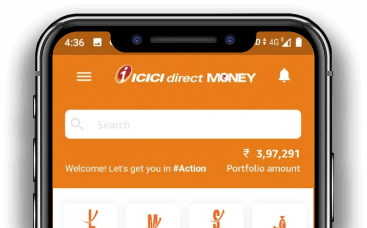 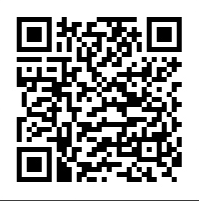